Second petite post, and a little longer too~
Got some new arrivals which I wanted to show along with some of my new obsessions!

First thing up, I got some of my new figures including Ciel from Kuroshitsuji [Square-Enix], Saber Super Movable Nendoroid [Good Smile Company] and Dead Master figma [Max Factory] to name a few.

As a rule, and also to limit my spending… I only get nendoroids that possess the =_= face if I like it. This Saber just so happens to have one! 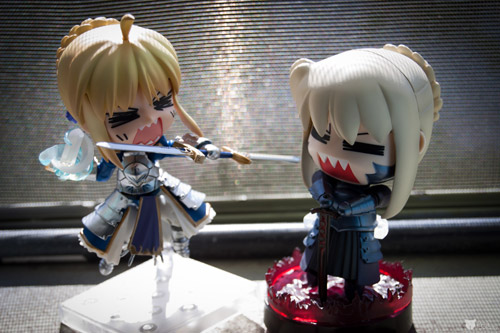 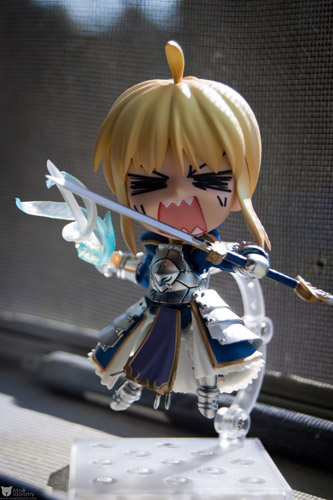 Ciel was actually an impulse buy, I haven’t seen Kuroshitsuji but I know very well of Ciel’s appearance as a trap. I guess I couldn’t resist ^^; Oh that dress… :3~ 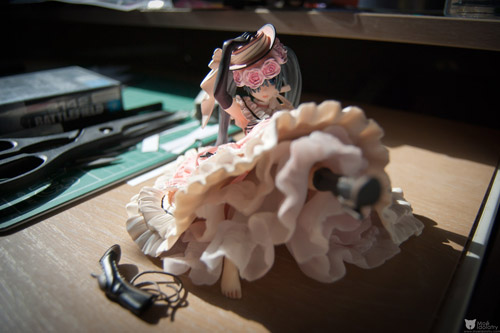 Now on with some new obsessions of mine. Kamen Rider, aka Masked Rider has become something I’ve been investing quite a bit of time and money into. I just like to make it clear that I’ve been watching the Japanese shows, not the US incarnations. What do I have to show for such interest? These… 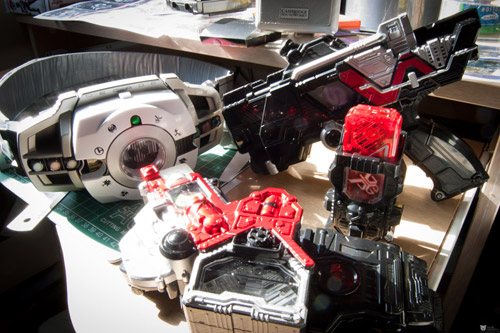 Now I can henshin too~! Wearing one of these turns you into a little kid again.

My favourite so far is Kamen Rider Decade, possibly because of the camera/photography motifs and the fact that you get to see all the previous kamen riders battling it out. Think Super Robot Wars but with Kamen Rider instead.

Another thing I’ve recently enjoyed a lot is, well, hazelnut liquor called Frangelico. A friend introduced me to it and I’m hooked. It tastes so yummy~~
Put it in with milk and you got yourself the best milk ever! I hate milk by itself but this just makes it into the milk of the gods! 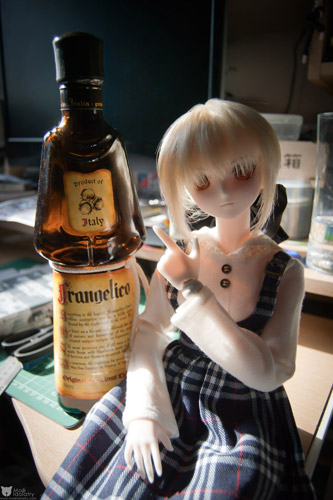 Last thing I wanted to announce, PRE-ORDERS FOR THE iDOLM@STER 2 ARE OPEN! 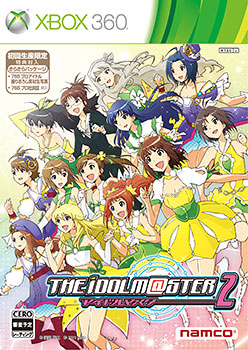 I’ve already pre-ordered my copy from AmiAmi, so I’ll be looking forward to it next year. Well…most of it anyway.