I managed to squeeze some time to actually do a proper post. Long story short, I’m bogged down with work, uni work and sick family members >.<

So, this package was actually received on the 28th of last month and I didn’t had time to update on the day =/ 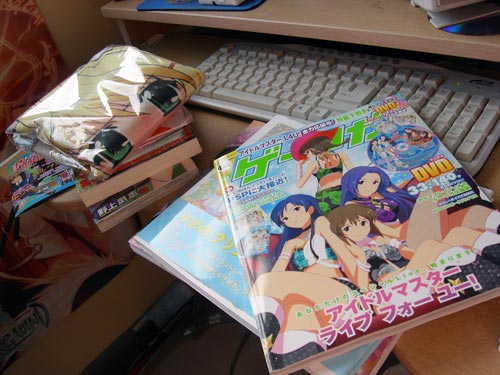 So, as you can see above, the contents of the box from my friend, Hectic. The other box was from Hobby Link Japan, and it contained clothes for Evelyn, more on that in another post :P

Famitsu (ãƒ•ã‚¡ãƒŸé€š) has been around for a loooooooong time, and as such, is one of the more respected series of game magazines in Japan. This is their Xbox360 line of magazines and this issue has a feature on iM@S Live For You! :3 It comes with two booklets of games I don’t have much interest in, and a poster of iM@S Live For You!! 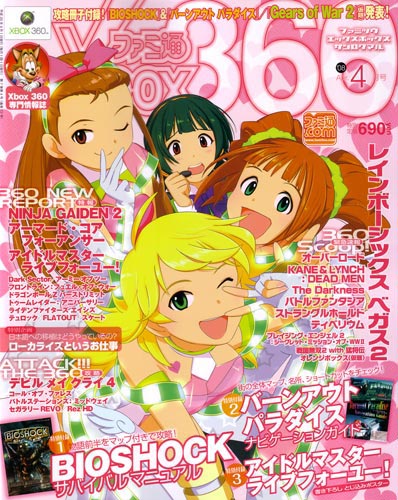 Gemaga (ã‚²ãƒ¼ãƒžã‚¬) is a general game magazine rather than focusing on one system. This issue it also features iM@S Live For You! and includes a pencilboard of iM@S and a standard issue DVD, which happens to feature the iM@S Live For You! Trailer, exclusive interview/radio show with Azusa and Chihaya’s voice actors, and the standard package of the latest trailers from across the world… most in Japanese tho XD 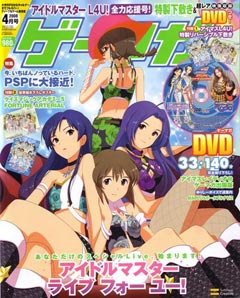 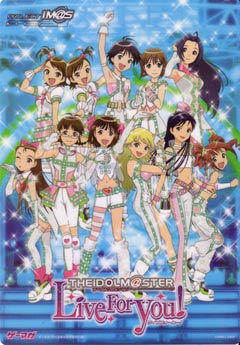 Unlike the others, Dengeki Moeoh (é›»æ’ƒèŒçŽ‹) is really about the artists. There’s usually only two reasons why I would buy a Dengeki Moeoh, one is that Komatsu Eeji is featured, or there’s special goodies. This issue it had special goodies XD This time last year, Dengeki Moeoh gave out a year long calender featuring scantly clad girls (or completely naked) with bands of colour with the dates of the month across certain erogenous zones XD Well, this year they released another since the previous one has expired. 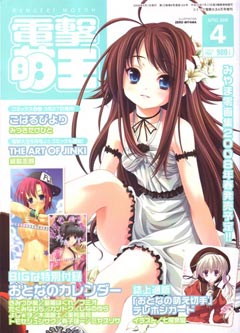 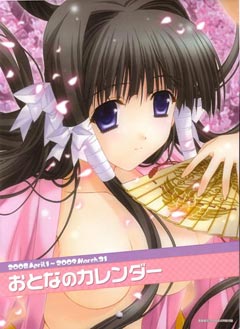 The calendar is just absolutely drool inducing, I salivate at the thought of seeing the next month image when it’s near the end of the month!

Remember that old post about childrens’ books? Well, there’s been a new addition to the series, Cinderella. POP has done another great series of illustrations for Cinderella, and the book is also the same great quality. Just a reminder that this is an excellent book for easy Japanese reading as it also contains furigana, and gives you an excuse to buy some loli merchandise XD 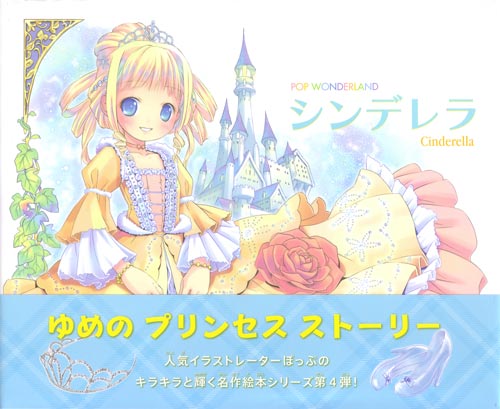 This is a series of educational books from publisher Ikaros. The artist for Moeyo! Ground self-defence force school (èŒãˆã‚ˆï¼é™¸è‡ªå­¦æ ¡) is Takeshi Nogami, who happens to also draw some nice H manga XD
The book is choc-a-block full of info on the ground self-defence force, from it’s tactics to the equipment used. A must have for any otaku who happens to be a military nut as well, though knowledge of Japanese is a must if you wish to truly appreciate this book (which I lack ^^; hehe) 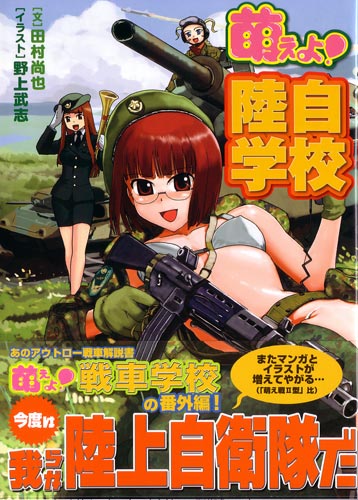 Also by Takeshi Nogami, a manga about chicks and tanks, not much to say other than it’s fairly heavy on tanks and scantly clad girls driving them. 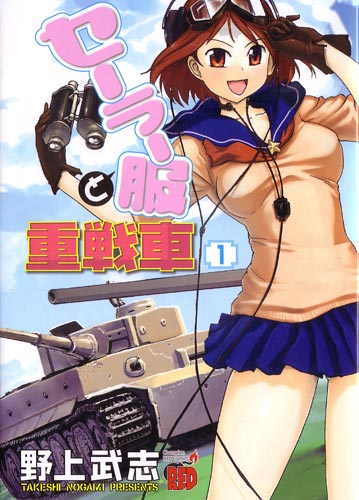 Arg, a new line of CDs by iM@S, my wallet is crying in anguish! This first one features Shiny Smile, and also includes a bonus DVD with footage of the performances. A must have for any iM@S fan. 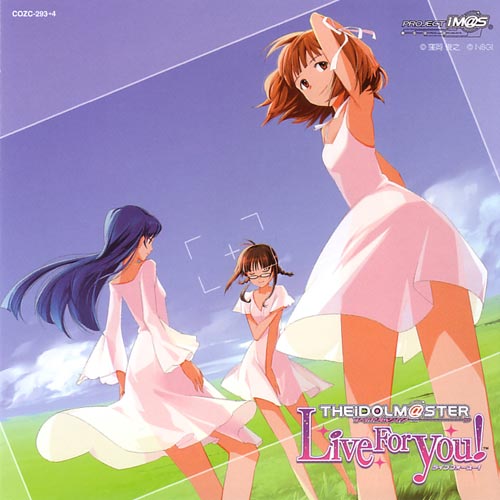 This next CD features most of the remix A type of the songs which are available in iM@S: Live For You! Some are ok, some aren’t. My particular favourite is Ohayo! Asa Gohan (ãŠã¯ã‚ˆã†ï¼ï¼æœã”é£¯) as it’s turned into some sort of mega hyper sort of thing XD Recommended to any iM@S fan :3 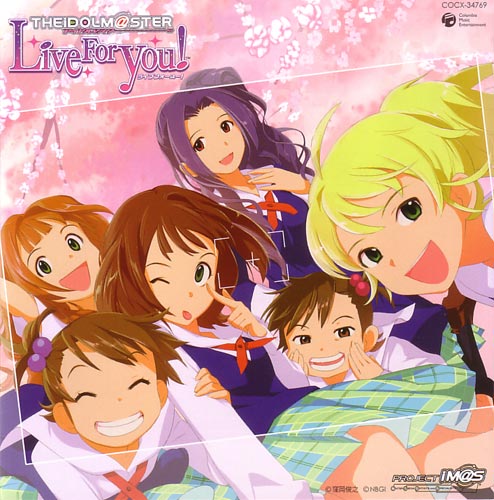 My point pot is getting low….damn iM@S planes in AC6. So I decided to rectify this by purchasing a point card, and it so happens that they have iM@S limited edition ones for sale :3 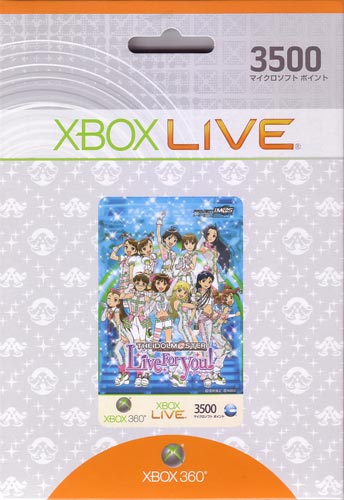 Now, I already have a hug pillow, Kenshin from Sengoku Rance, but this is the first one I’ve bought by itself. Prism Ark is a H game that has some gorgeous moe art. It also has an anime, which I haven’t watched @_@ As you can see, the pillow cover features two sides of Priecia, being quite delectable, especially with her facial expressions which just makes me want to do awful things to the pillow…^^; This is a HobbyStock exclusive as well. 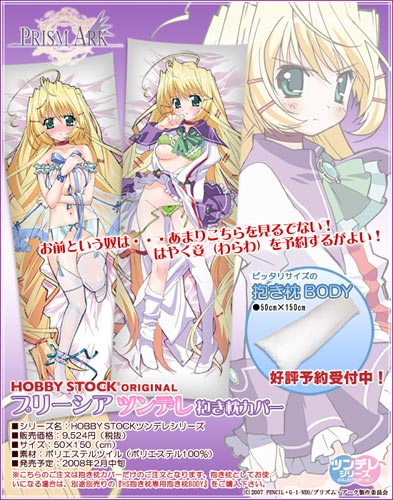 So that’s the overview of the recent package I received, I’m quite busy lately so I won’t be able to update for the next week or so I think. I’ll try my best since I have a few things I’d like to share with you guys :3 Look forward to it!