3D vision, the new consumer sensation. You see it everywhere, from the big screen cinemas, to smallest hand held console, it seems to be everywhere all of a sudden.

Some of you may have encountered some images in the past that have two images side by side. These are more likely than not, stereograms. For this specific type of image, one needs to cross their eyes so that both images merge into a single image in the centre.

During my outdoor photoshoot of Arturia and Sakura (which will be posted soon!) I took a few photos of them together, with a slight shift in angle. Once I was at home processing the photos, I noticed that they had a similar quality to stereoscopic images I’ve seen, so I tested them out. To my surprise, they worked! I’ve created my first accidental stereogram!

If you’re new to all this, before you click on the image and try it for yourself, I’ll let you in on my little technique which seems to work for me. Here’s a few steps:

Now onto the accidental image: 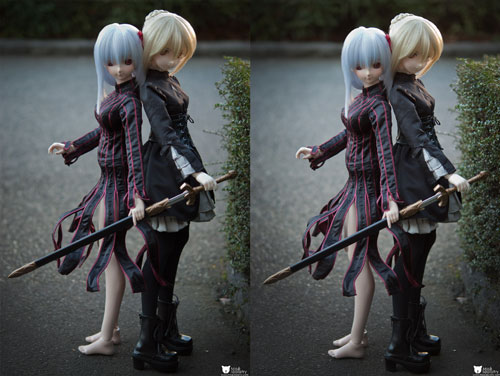 Now, I tried to reproduce this with a figure on my shelf. It was quite a challenge without any specialised gear, or a tripod… 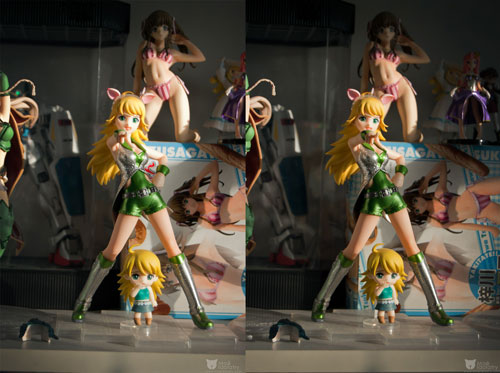