These photos ahead were taken at the Westin Hotel Melbourne. Some of you may remember the delicious Lucy photo shoot which was also taken there. I was at Westin Hotel again to see off a friend of mine going back overseas to his home country.

Now, before I get an email saying that they find the photos offensive, Westin Hotel is a gorgeous place, the staff were always polite, and the food there at the cafe was very tasty, so much so that I felt guilty even digging into it since it looked very pristine. I hope that’s enough sucking up to them >.> (but I really did enjoy it!)

Before I go on, I’m going to step back a little on the text, so less boring rambles of lil me.

Ok, so the photos here are…”stylised” for the lack of better wording. The original photos were plagued with heavy noise and blurriness from the low light conditions and the dying snapshot camera. So like the Lucy photo shoot, these pictures are quite heavy on the post processing, prolly more than acceptable =/ 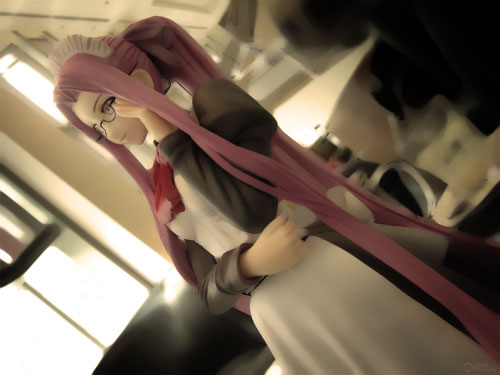 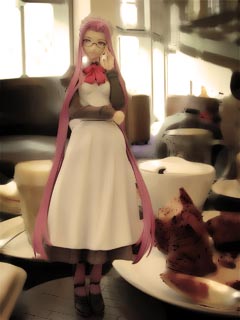 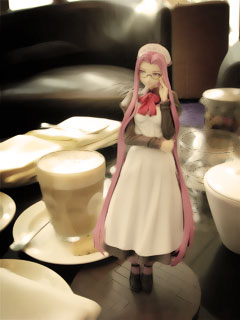 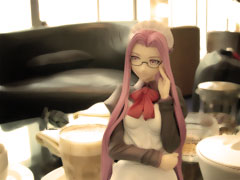 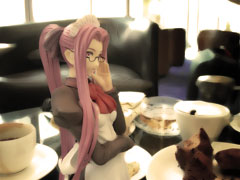 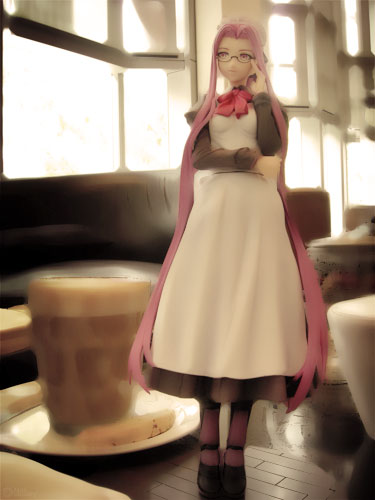 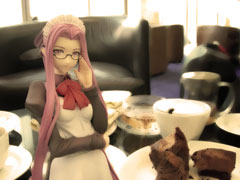 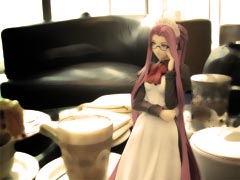 Hopefully these photos are ok ^^; Oh, I also forgot to mention that these figures belong to another friend of mine, credits to him for photo shoot subjects :3 I’m normally not a Rider fan but this figure is simply amazing. 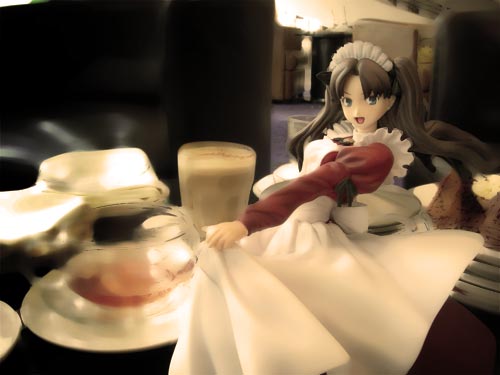 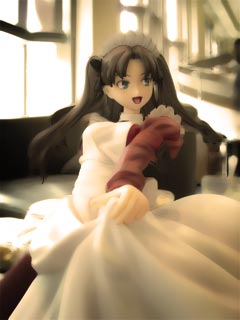 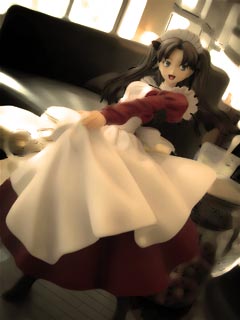 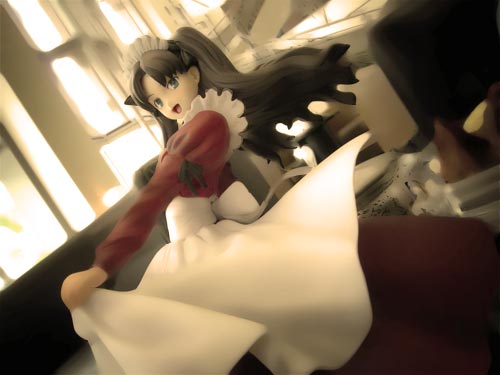 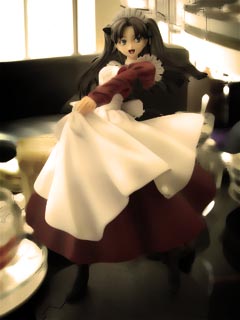 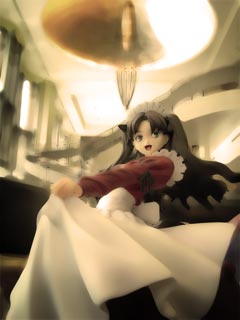 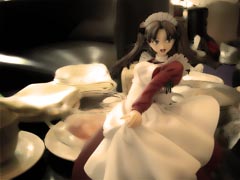 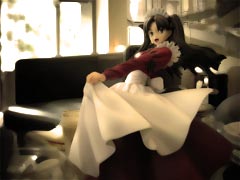 Hopes the photo shoot is ok, I know it is a little different from normal ^^;;
I’ll try to get the Miku and Ink-tan photo shoot done sometime… maybe when I’m not so down =/