Super big large huge delay! It’s been a while since I updated this site with actual content. But I digress, today I’m bringing you Death Sensei! I received her a while ago as some of you may remember from an earlier post, and I felt that it was a good idea to keep up to date with the Peace@Pieces series of figures from Alter.

So, after a long wait, a new photo shoot! 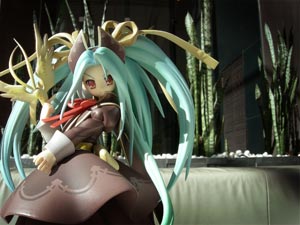 Death Sensei, one of the characters that I find appealing, if only for her name. There’s something that I can’t put my finger on, but this type of character really tingles my moÃ© senses. Perhaps the way she looks at people? Maybe the elaborate hair? I can’t really tell… Whatever it is, I like what I see XD 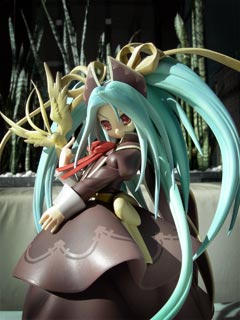 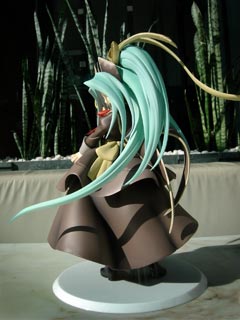 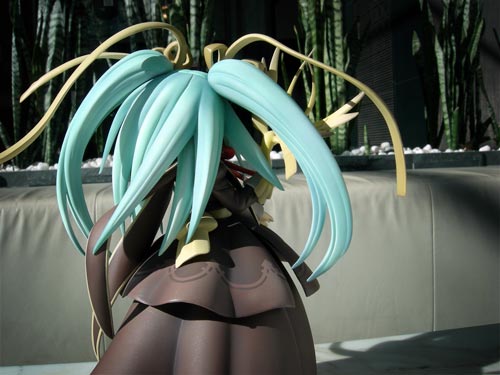 This will sound somewhat vague, but I took Death to one of the buildings in Southbank, which is across the Yarra River, opposite of Flinders Street Train Station. As it was some sort of business building, it was quite modern, with large window panes and somewhat post modern decor. The ground floor was the place of interest, having a lounge area next to a cafe :3 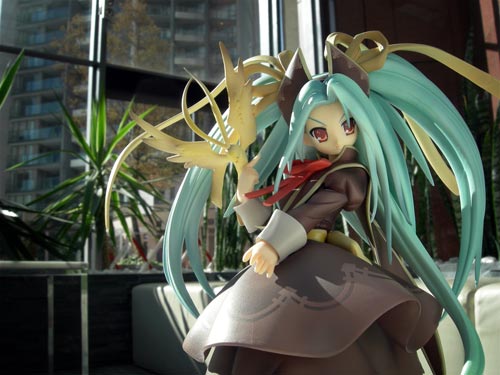 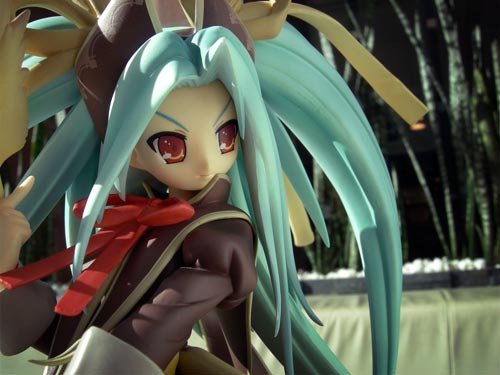 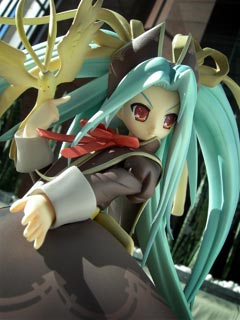 Everything was fairly straight forward, though I did forget to bring a reflector. I had to make do with scrap pieces of paper ^^;

There was a small problem with the camera position though, the seats are squishy so it was hard to keep the tripod balanced.

My camera is giving me a hard time, I’m finding that I’ve been post editing the photos more and more these days. I’m starting to feel that my camera is showing its age…. I would like to get a DSLR but right now I’m still low on money with spendings, but that’s a story for another post ^^ 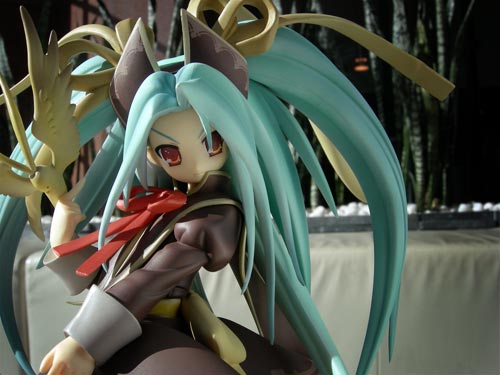 Mysterious Death~ I haven’t played Peace@Pieces before so I’m not sure on the whole story of any of the characters, Death included. Morikawa Hiromitsu has done an excellent job of depicting Death. Her pose gives off a nice elegance and the paint work of Alter is top notch. There are a few seamlines but they are mostly kept out of way whenever possible. The detailing of the model is not too overly complex in style which keeps it in tune with the game, which I think fits very well. 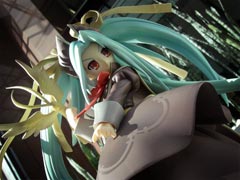 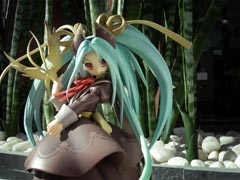 Also, I am a lil worried about the noise I can see in the images, I guess this new LCD screen is good for something at least o_o; 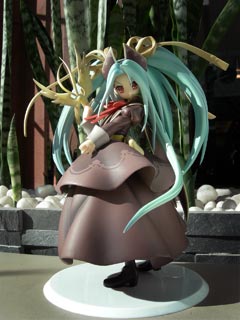 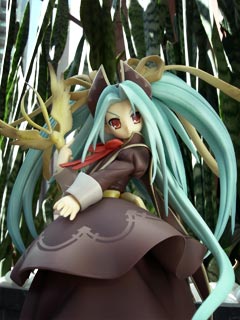 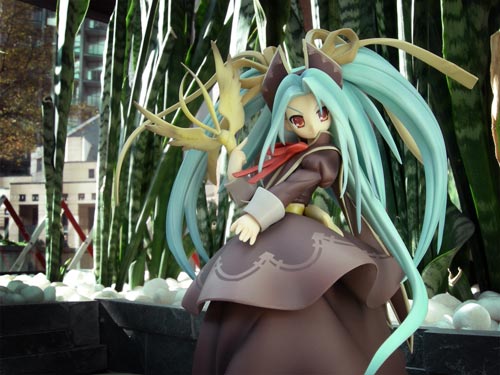 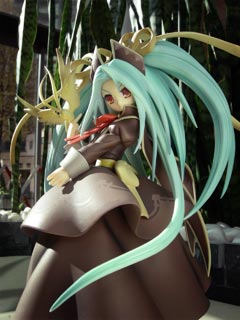 A great figure to have. If you already have the previous Hikaru and Nagi, then this Death is a must have XD Just like the other two figures by Alter, she’s superbly done and deserves to be in anyone’s collection of Peace@Pieces figures. I’m hoping that Alter will do more of the characters from Peace@Pieces, but only time will tell.

I had a fairly relaxed time while taking the photos, the lounge area had carpet floors, and it was quite cool inside compared to the heat outside (yes…it was back when the weather was hot).

So, after a long wait, I hope you guys enjoy this photo shoot. It was taken a long time ago as well, so the delay was a really long one @_@ 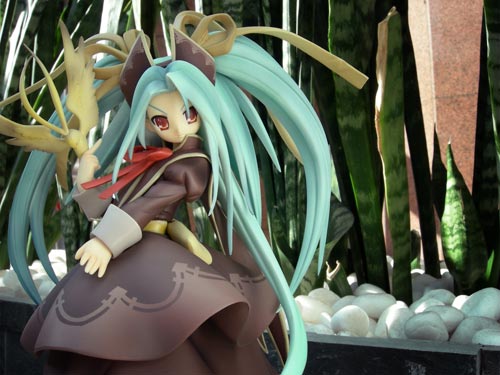 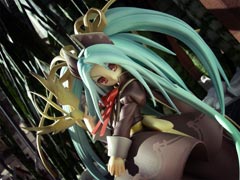 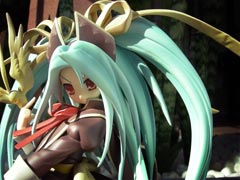 End Note:
Ok~ Time for a lil update chat since I’m currently on my last day of trimester break @_@

Otakurean owner, pp, has sent me an August soft/Aria clearfile folder as a giveaway prize. I recieved this MONTHS ago but had no time to take a good picture of it yet. I’ll try to update this asap as I feel somewhat guilty of not doing so.

As most of the regular readers would know, my update frequency is low as ever, going as low as 1 per month, and those posts aren’t even proper ones! I’ve been super busy with my studies so far as this is a fast tracked course (3 year studies into 2 years) so I’ve been doing most of the work >.< Perhaps I’ll show you the 2D/3D work one day?

Also, I’ve updated WordPress, which has given me a lil more trouble but so far so good… except for IE 6 users, the right-right sidebar seems to be …down further than usual ^^; I’m not sure how to fix this, and right now I don’t have time to fix it @_@ So I’ll see what I can do within the coming weeks (the earlier weeks in a trimester are usually less loaded with work…usually…)

I’m going to have to say that I’ll prolly won’t be updating this blog as much as when I first started. This isn’t due to my lack of interest, on the contrary, I would rather be updating my blog, but uni work takes priority, and unfortunately, it takes a lot of my spare time… So I apologise to the regular readers who may be disappointed with the less updates >.<