I couldn’t blog about this the day I got it since I was really busy with an assessment (which was due today!), so here it is. Received this on the 13th, which is a while since it was released before then. You may of heard I had some troubles with HLJ’s shipping as it was supposed to be shipped with another figure for a friend of mine, but it was sold out =/ 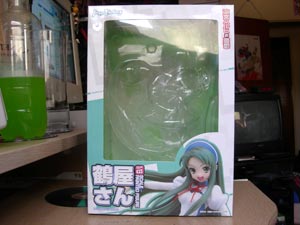 Where’s Tsuruya??
Well, she’s here, being played with Evelyn (the Yuki Dollfie…yes, I named her…yes, I scare myself sometimes) 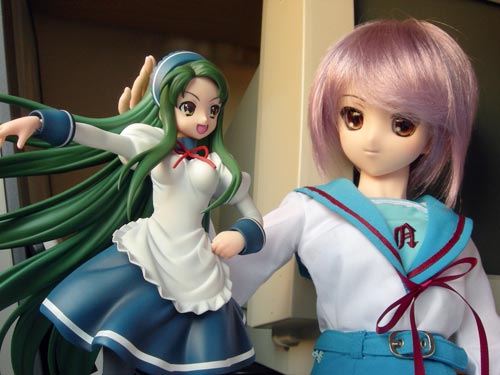 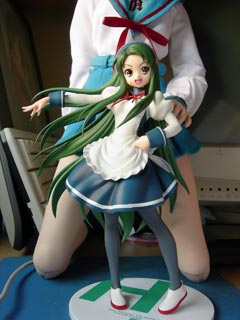 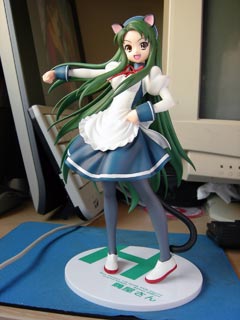 Tsuruya by Max Factory is quite nice, it even comes with cat ears, tail and a extra hand. I’ll talk about this figure in detail with the photo shoot, which I may be a while with the way my workload is at the moment >.<

Here’s a comparison shot with the Alter version of Tsuruya: 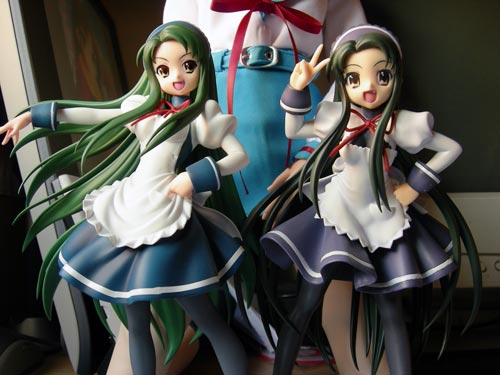 So ya, I’m sorry about the slow updates, especially since the updates aren’t even outdoor photo shoots ^^;
Hopefully I can do something about it over the coming weeks, I’ll try to squeeze in time for it. I do however, have some photos of Evelyn, tho they are somewhat….ecchi , but not that ecchi. Here’s a preview anyway:

I dunno if I should do this like a glamour photo shoot, the original photos aren’t too great since they’re taken indoors, and knowing my horrible indoor lighting it isn’t a surprise ^^; But I think I might be overdoing it a lil…. any comments?